Add an Event
Newswire
Calendar
Features
Home
Donate
From the Open-Publishing Calendar
From the Open-Publishing Newswire
Indybay Feature
Publish to Newswire
Add an Event
Related Categories: Afghanistan | International
Baluchistan natural ally of ISAF, McKiernan told
by Shehmir Gorgej
Wednesday Aug 13th, 2008 2:22 AM
The resurgence of the Taliban in Afghanistan is neither God-ordained nor accidental. This is the result of meticulous planning at the I.S.I. head office in Pakistan. 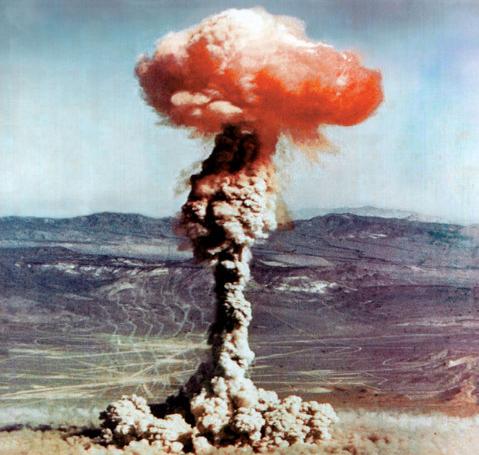 WASHINGTON D.C.: The American Friends of Baluchistan has lauded the CNN interview of General David McKiernan, commander of International Security Assistance Force, in which he openly accused the Inter Services Intelligence spy agency for fomenting trouble in Afghanistan.

In a letter to General McKiernan, A.F.B. founder Ahmar Mustikhan
said to attribute deadly actions against Afghanistan to rogue elements within the I.S.I. was totally erroneous. "The state of Pakistan, as a whole, is resolved to defeat the I.S.A.F. mission in Afghanistan and see the return of the Taliban rule," Mustikhan said.

Copies of the lettr were also sent out to U.S. senators and presidential hopefuls, Barack Obama and John McCain, the De Jure Ruler of Baluchistan Beglar Begi The Khan of Kalat, Suleman Daud Ahmedzai, and Mr Omar Daudzai, chief of staff for President Hamid Karzai on the eve of Pakistan's 61 st birthday.

Mustikhan said in contrast to Pakistan army machinations, the Baluch are natural allies of the I.S.A.F.

Following is the full text of Mustikhan's letter to General David McKiernan:

"I commend you for your bold and frank views in an interview with CNN about Pakistan's Inter-Services Intelligence Directorate complicity over time with militant groups fomenting violence in Afghanistan.

This was by far the most unambiguous statement yet on the matter by any senior US military officer regarding resurgence of the Taliban violence in Afghanistan.

According to the A.F.P., you said in your statement, 'Do I believe that the Pakistani government must do more? I absolutely do'.

It was regrettable Pakistan tried to lie to Mr. Steve Kappes, Deputy Director of the C.I.A., about I.S.I.'s working relationship with terror leader Jalaluddin Haqqani's network.

Intercepted communications do not lie and beyond an iota of doubt proved that the infamous I.S.I. was involved in the 7/7 suicide bombing at the Indian embassy in Kabul that left 60 people dead and 200 injured.

To attribute such deadly actions to rogue elements within the I.S.I. is totally erroneous. The state of Pakistan, as a whole, is resolved to defeat the I.S.A.F. mission in Afghanistan and see the return of the Taliban rule.

Had that not been the case, Taliban ruler Mullah Omar would not have found sanctuary at the military cantonment in Quetta. Nor would Pakistan have drawn a blank on the whereabouts of Osama bin Laden and Ayman Alzwahiri. There is no doubt in my mind these terrorists are state guests of Pakistan.

Taliban jihad against Afghanistan are neither homegrown nor spontaneous. They require meticulous planning and state patronage in Rawalpindi.

On the contrary, we have conducted an online poll at a Baluch web site in North America which shows that 96 percent of Baluch favor the I.S.A.F. replacing Pakistan army in Baluchistan. This is the kind of love, trust and goodwill that you and I.S.A.F. enjoy in the hearts and minds of the Baluch people.

You very correctly said, "I don't believe we can get to the right outcome in Afghanistan as long as these militant sanctuaries exist across the border."

'We've seen the increased numbers of foreign fighters in eastern and southern Afghanistan this year, and there is an expectation that the leadership in Pakistan will do something about these militant sanctuaries in their country.'

You also very correctly said that 'Al-Qaeda provides financing, they help recruit fighters, they help with logistics, command and control, intelligence for the Taliban.'

It defies human logic why someone like Osama bin Laden should enjoy support within the ranks and files of the Pakistan army. This is the same army which is busy killing the Baluch in Baluchistan.

I urge you to prevail upon the political leadership of the I.S.A.F. to devise a political strategy and establish direct contacts with the Baluch leadership.

The De Jure Ruler of Baluchistan, the Khan of Kalat Beglar Begi [Prince among the Princes] Suleman Daud Ahmedzai has resolved to pursue the Baluch case at the International Court of Justice at the Hague. Ahmedzai, who has now sought asylum in the United Kingdom, enjoys the mandate of the Baluch people.

Ahmedzai is acting on the political will of the Baluch that was expressed at a representative and historic jirga in August 2006 that was attended by nearly 100 tribal chieftans and 400 notables from the Baluch Diaspora, including the present chief minister and governor of Baluchistan.

I urge you each minute is of crucial importance in your noble mission. The Baluch can help the I.S.A.F. evelove a 50-Year Vision for Peace and Stabilty in Afghanistan and Baluchistan.

I am pretty sure the Baluch would offer you a red carpet welcome if you ever decide to come to the secular land of the Baluch, or Baluchistan. This can easily be accomplished by expanding the scope of the I.S.A.F. mission.

May there be an end to bloodshed in Afghanistan and Baluchistan at the hands of the jihadists. May you have success in your mission and the gentle winds of freedom blow across the southwest Asian political landscape."
§
by Shehmir Gorgej Wednesday Aug 13th, 2008 2:22 AM

The pictures show Pakistan's nuclear test site in Ras Koh in Occupied Baluchistan on May 27, 1998 and a protest in Toronto on May 27, 2008.
Add Your Comments
LATEST COMMENTS ABOUT THIS ARTICLE
Listed below are the latest comments about this post.
These comments are submitted anonymously by website visitors.