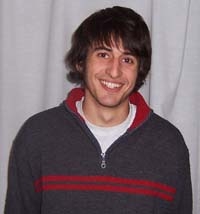 Army PFC Robin Long has the distinction of being the first American Iraq war resister to be forcefully repatriated to the US from Canada. He was deported on Tuesday, July 15 and immediately turned over to U.S. military authorities. According to the Canadian "Globe and Mail" he is the first of an estimated 200 deserters who have sought refuge in Canada to be returned to the United States, an act which the newspaper called "an official end to the country's policy of welcoming American draft dodgers and deserters that began during the Vietnam War."

Courage to Resist, an organization that supports GI resisters, has made civilian legal representation available to Robin. The group recently spearheaded protests in front of Canadian consulates across America, calling on the American public to "support the troops who refuse to fight".

Robin Long was only 19 when he left his native Idaho to join the US Army with a promise that he would not be deployed to Iraq. “I made it apparent that I didn't want to go to Iraq. I didn't believe in the war that was going on over there so that's why I was stationed at Fort Knox.” He later realized that “they didn't have any new people enlisting so they were just taking anyone they could.”

In April 2005 Robin was ordered to Fort Carson in preparation for deployment to Iraq. He instead followed the path of a fellow enlistee who had left for Canada rather than fight in an immoral war. Robin eventually settled in when he got in touch with the Canadian non-profit community organization War Resisters Support Campaign. The people of Canada have largely been in agreement that US GI's should be allowed to stay in Canada for reasons of conscience.

Unfortunately a conservative Canadian Judge ruled against the resister. He was penalized in his last appeal for moving around and not registering his location as required by the strict letter of the law. As might be expected of a young man his age, he had spent time in soup kitchens and couch surfing before realizing the consequences it could cause for his legal status.

Supporters gathered Tuesday morning at Peace Arch Park on the Canadian-U.S. border in an expression of concern for Mr. Long. Their concerns include his treatment in the hands of the US military and the fate of other resisters who face deportation proceedings in the near future. Courage to Resist stated that they expect Mr. Long will eventually be court martialed for AWOL, desertion and possibly other military discipline violations.

In addition to providing help with civilian legal assistance, Courage to Resist organizes demonstrations, gives war resister status updates on their website, and has an online petition "Dear Canada, Let War Resisters Stay". A strong contingent of members, including Vietnam war resisters, is active in San Francisco where they have led protests in front of the Canadian consulate.

More at: http://www.afterdowningstreet.org/node/34863
http://www.couragetoresist.org
Add Your Comments
LATEST COMMENTS ABOUT THIS ARTICLE
Listed below are the latest comments about this post.
These comments are submitted anonymously by website visitors.