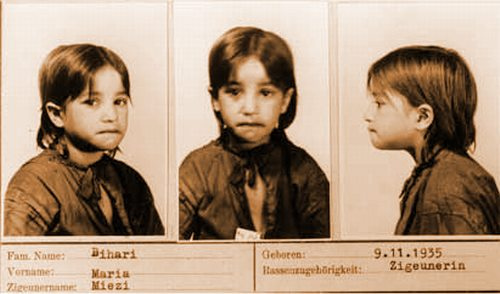 Seventy years ago this month Italy's Fascist regime published a "Manifesto of Race", which paved the way for its notorious racial laws persecuting Jews and members of other supposedly "inferior" minorities.

Now the country's rightwing government has stepped up special measures against another entire ethnic grouping — the Roma — provoking warnings by a Catholic publication that Italy was forgetting the lessons of the past.

The interior minister Roberto Maroni, of the xenophobic Northern League, declared that the authorities will go ahead with a census of Roma camps in Italy's largest cities. This will involve taking photographs and fingerprints of children as well as adults. Unicef has protested that this is discriminatory and a violation of the UN's Declaration of the Rights of the Child.

The popular Catholic magazine Famiglia Cristiana denounced the move as "an indecent and racist proposal" reminiscent of "when Jewish children were identified with a yellow star on their sleeves". It declared that "Italy still hasn't come to terms with its tragic responsibilities and has not shown enough shame" about its racist past. This is particularly true of the present government "if a minister injects the concept of race into the country's laws".

Minister Maroni instead claims he is protecting minors from adults who use them to commit crimes, thus insinuating, not for the first time, that all Roma are criminals.

The same attitude was taken this week by Italy's highest court of appeal, which published the grounds for its decision in March to overturn the conviction of the mayor of Verona, Flavio Tosi, and four other members of his Northern League party, for racially discriminatory propaganda.

Tosi had written a petition in 2001 calling for the demolition of all Roma camps in Verona, later stating that wherever Roma arrived, there were thefts. The court declared that "discrimination based on diversity is different from discrimination based on somebody's criminality", effectively ruling that to call all Roma criminals is acceptable discrimination. This decision is a heavy blow to civil society organisations who hope to fight such inflammatory claims through the courts.

Meanwhile a recent Eurobarometer study of discrimination in Europe has shown Italians to be the most intolerant population of the 27 EU member states. While on average 24% of EU citizens declared that they would feel "uncomfortable" having Roma neighbours, in Italy this rose to 47%, and where the average number of people with Roma friends was 14%, in Italy this was a mere 5%. This might indicate that the cause lies not so much with the Roma as with an unresolved problem of racism in the country.

While nobody is suggesting that the new measures are as brutal as Italy's persecution of the Jews, numerous commentators have warned that if not nipped in the bud this racist tendency could get alarmingly out of control.

http://www.guardian.co.uk/commentisfree/2008/jul/08/italy.race
Add Your Comments
§Mad Mad World
by CheckMate
Wednesday Jul 16th, 2008 11:04 PM
What a mad mad world we live in. From Darfur to this. Can mankind be sane for sanity sake? Everywhere is chaos when there isn't any need for chaos. People starting all kinds of nonsense where there is no need. Aren't the natural disasters of the world enough chaos for us to deal with? What is the matter with people? Why be so d$@mned irrational for no apparent reason? sigh!
Add a Comment
Support Independent Media
We are 100% volunteer and depend on your participation to sustain our efforts!