Newswire
Calendar
Features
Home
Donate
From the Open-Publishing Calendar
From the Open-Publishing Newswire
Indybay Feature
Publish to Newswire
Add an Event
Related Categories: U.S. | Environment & Forest Defense
Dakota, Natoka & Lakota Warriors Gather To Protest Hog Farm Construction Near Preschool
by Christopher Ross (native_prophecy [at] yahoo.com)
Wednesday Apr 16th, 2008 11:07 AM
Native People are gathering to protest the construction of Longview Hog Farm near a Headstart Preschool facility that hosts Native children. They are standing in protection of the children fully aware of the environmental and health hazards hogfarms produce. South Dakota State Police violated their jurisdiction to arrest protesters peacefully gathered on a Federally Controlled BIA Road. A protester was struck by a frontloader and had to be medically evacuated by ambulance. Second Day begins as more Police aggression is anticipated and more illegal arrests may take place. Once again the "Indians" are in the way of "progress". 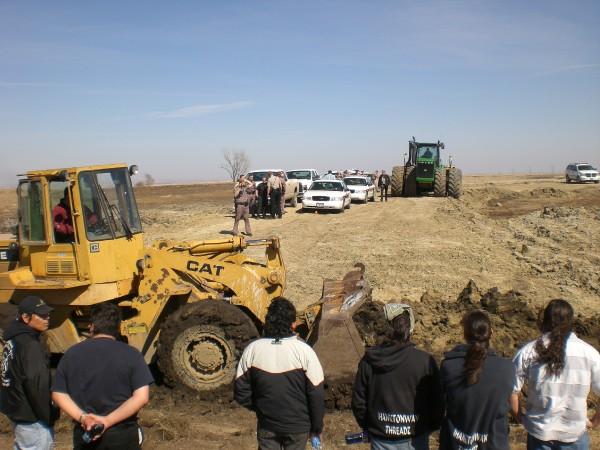 There is a protest going on right now in Marty, South Dakota home of the Ihanktowan aka Yankton Sioux. There have been multiple arrests, including minors, as protesters seek to block front loader bulldozers from breaking ground on a new pig farm that will be occupied by thousands of pigs and their waste near a Head Start Program filled with Native children. A protester was struck by the metal scoop of the front loader (which is used to excavate tons of dirt) and was medically evacuated by ambulance. State Troopers have violated their jurisdiction by arresting protesters on a BIA controlled road which is considered Federal land and therefore off limits to State Agencies and Law Enforcement. It was said that the arrests of the minors and others were conducted illegally by the State Police on the Federal Road and they were escorted to State Land nearby to receive their citations and were released. South Dakota Highway Patrol had to inform their Officers that they were in fact in violation of their jurisdiction and told to stand down and not to detain anymore protesters. Dakota, Lakota and Nakota and other Native Activists including a AIM chapter are mobilizing to this spot to support and join their Indigenous Families to protect their Native children and community from this gross violation of Tribal Sovereignty and Basic Human Rights.


For More Information contact Kip Collins through his e-mail: keyawitko2676 [at] yahoo.com

One Land, One People, One Struggle!!
Mitakuye Oyasin!

UPDATE: DAKOTA, LAKOTA & NAKOTA NATIONS ARE PREPARING FOR SECOND DAY OF
PROTESTS MORE TO FOLLOW AS THINGS UNFOLD.
§The Site Of Contention
by Christopher Ross Wednesday Apr 16th, 2008 11:07 AM 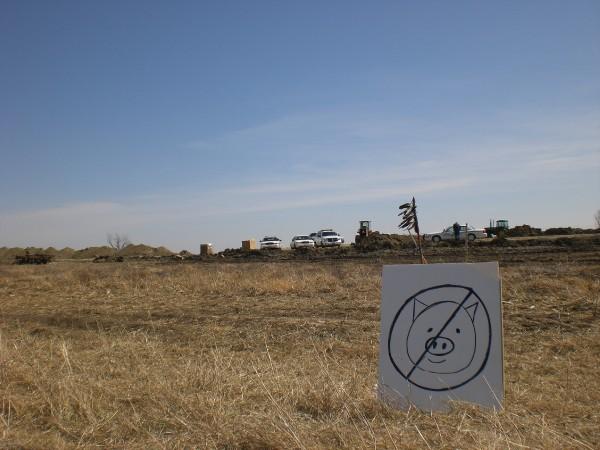 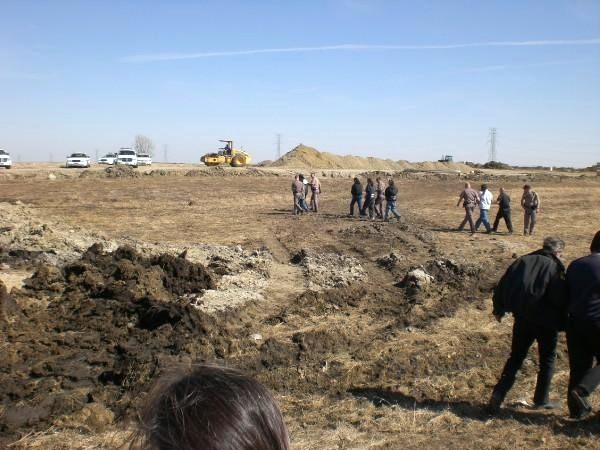 State Police violating their jurisdiction to detain Tribal members on a FEDERAL Road and walking them to State Property
§Together As One
by Christopher Ross Wednesday Apr 16th, 2008 11:07 AM 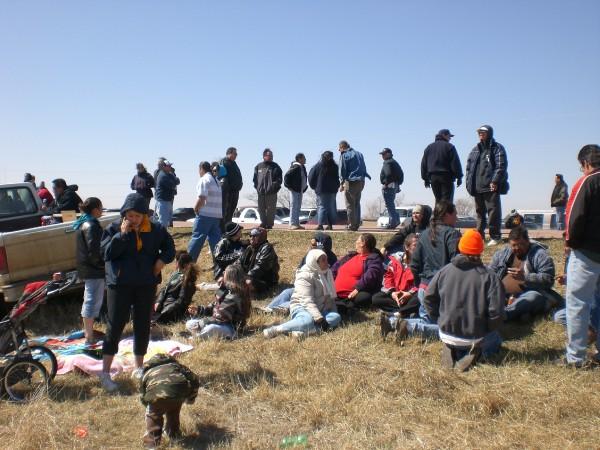 The People gathered together and united in the cause to protect the health of their Native children and their community's environment from the hazardous effects of hogfarms
§'Nuff said
by Christopher Ross Wednesday Apr 16th, 2008 11:07 AM 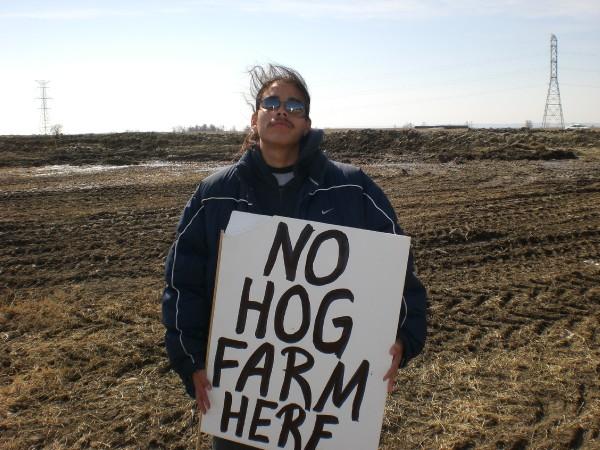