Copy the code below to embed this movie into a web page:
Download Video (10.3MB) | Embed Video
http://graypantherssf.igc.org/
§Save Our Social Security!
by Bill Carpenter Saturday Feb 17th, 2007 5:59 AM 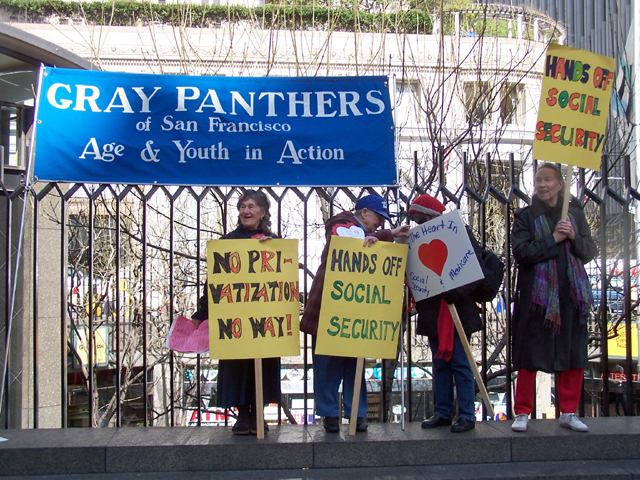 The rulers have learned from the fiasco of Bush's 2005 plan to
privatize Social Security. Back then, they revealed the entire plan at
once. There was no long-term program. There was no bi-partisan
support. And there was no legislative mechanism to ram the plan
through over popular opposition.

Feinstein and Domenici's commission aims to solve many of these
problems. Its plans are unknown. The commission would last forever.
Its members would be half presidential appointees and half Republican
and Democratic members of the Senate and House committees that oversee
these social programs. And its findings would be legislation that
Congress would have to act on as first priority.

We can't anticipate the Commission's proposals, but whether it's
privatization, contracting out, massive benefit cuts, or increasing
the retirement age, it's bound to hurt retirees, disabled people, and
children. We are going to have to be more vigilant than in the past,
particularly as these programs to cut entitlements are being promoted
as saving them.

70 million baby-boomers will reach retirement age in the next ten
years, after working for decades, and paying into systems to provide
our retirement years with income and health care. Business and
government say it's more important to fight wars over oil and give tax
cuts to the rich. Business and government, Democrats and Republicans,
they all say they can't afford to fund Social Security, Medicare,
Medicaid and the other social programs that we and our parents fought
for and won. Indeed, they say even current level of social spending
threatens the market economy. If the market economy cannot afford to
give us a decent life and medical care after we've worked all our
lives, then it doesn't deserve to exist.

Testimony of Domenici and Feinstein in introducing bill 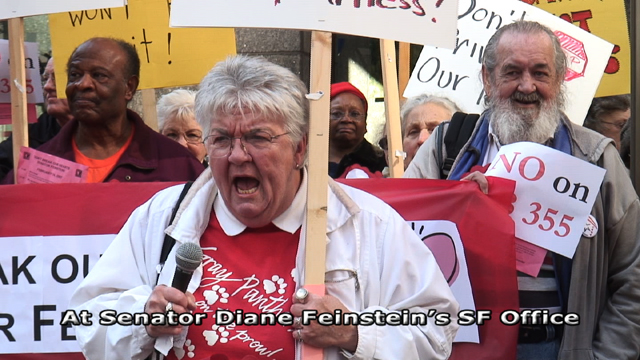