Add an Event
Newswire
Calendar
Features
Home
Donate
From the Open-Publishing Calendar
From the Open-Publishing Newswire
Indybay Feature
Publish to Newswire
Add an Event
Related Categories: San Francisco | Anti-War
San Francisco 9/11 Truth Tea Party Dumps Official Whitewash in the Bay
by Cam
Saturday Dec 16th, 2006 9:09 PM
On Saturday, December 16, 2006, on a bitter cold day in San Francisco’s Fisherman’s Wharf district, about forty hardy patriots came out with the intent to expose the lies and omissions of the 9/11 Commission Report by passing out information to tourists and locals, by reciting most of the omissions and deceptions in the official document, and then dumping the offensive whitewash in the San Francisco Bay. 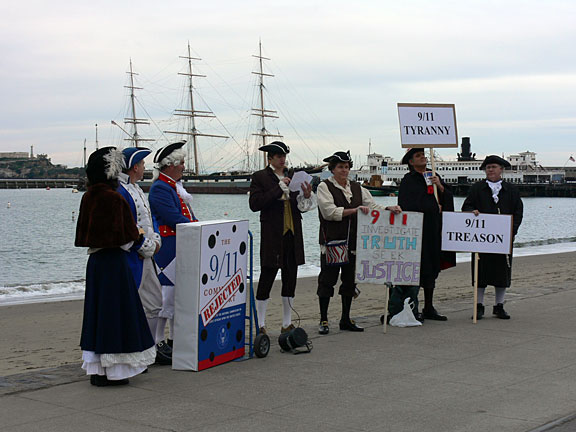 Marking the 223 anniversary of the Boston Tea Party where 18th century colonists decided to reject onerous and unjust taxation by dumping tea in the Boston harbor, these modern day patriots, some with fifes and drums, marched from Pier 39 past curious, and some stunned, onlookers to the end of the Municipal Pier at Aquatic Park. They then proceeded to dump the 9/11 Commission Report to its watery grave to boisterous “hoorays” from the crowd gathered.

Before the book tossed an audience gathered to hear Truth activists “Connect the Dots” and to voice a proclamation demanding an immediate, genuinely independent investigation.

According to the latest polls, 62% of the American people believe that the official 9/11 story of George W, King Pretender, is fatally flawed or a deliberate lie.

The catastrophic events of 9/11 and the illegal, unilateral wars and unprecedented assaults on our constitutional rights and liberties here at home, justified by the official lie about who perpetrated the 9/11 events, are at the very center of everyday life in America. We therefore will accept no compromise until the full truth of 9/11 reclaims its rightful place at the core of the American psyche. Only a complete and independent 9/11 investigation will yield the answers all Americans deserve. 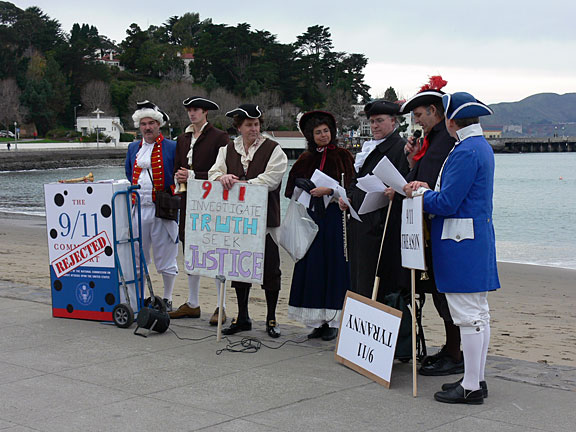 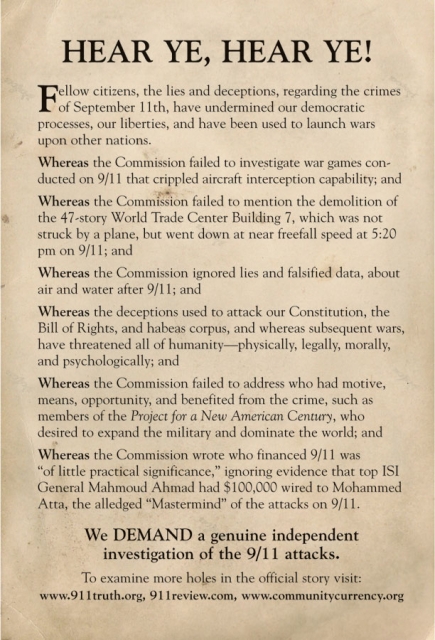 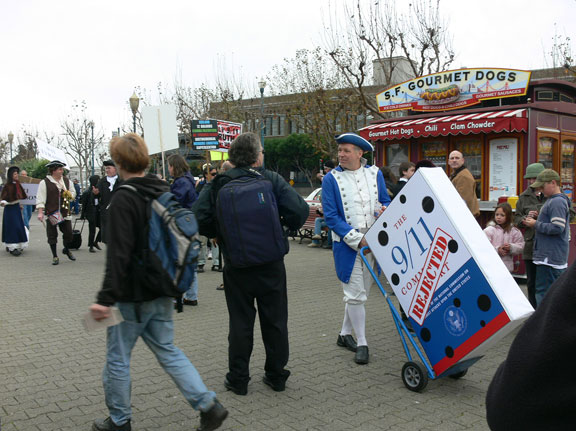 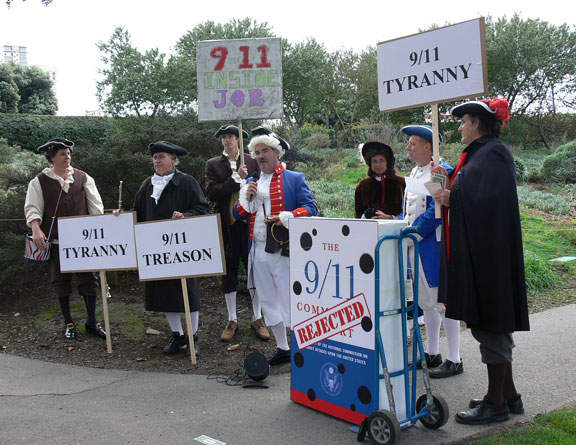 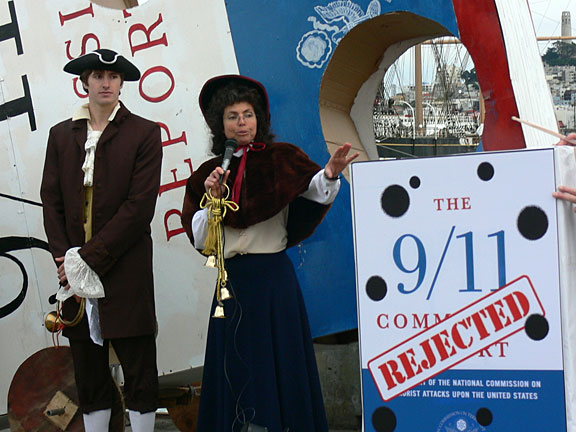 Discussing the official whitewash before the big heave-ho in the bay
§And, getting ready...
by Cam Saturday Dec 16th, 2006 9:09 PM 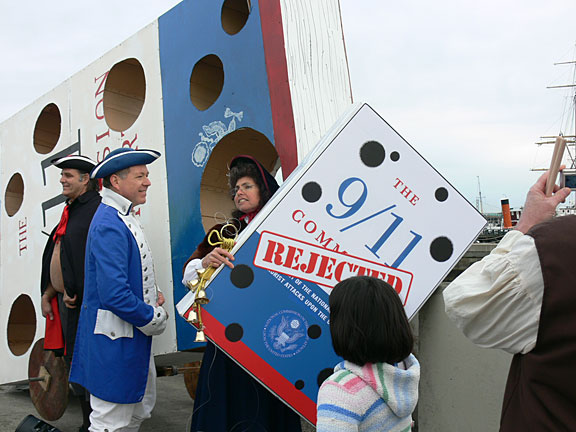 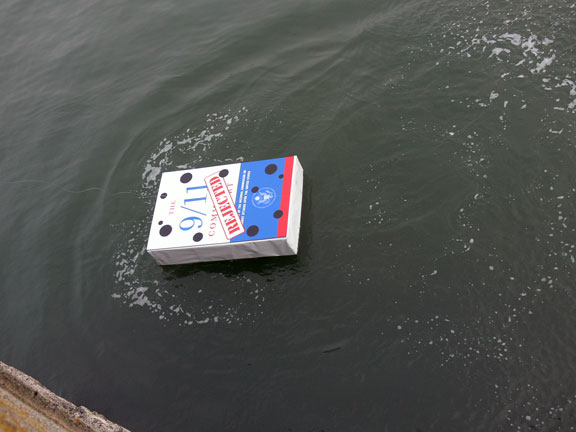 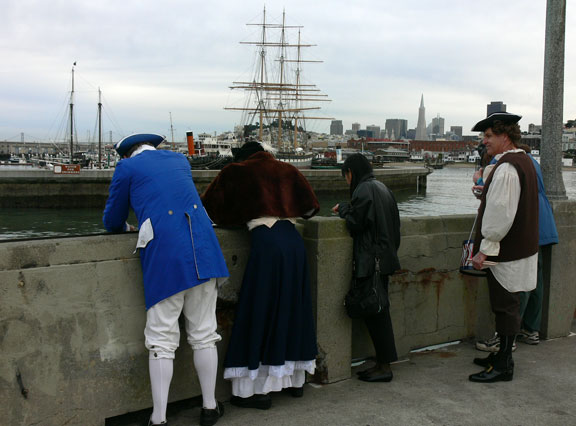 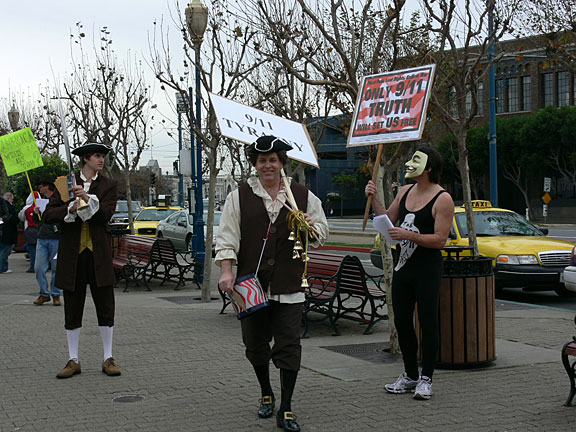 Even "V" was there!
§From Aquatic Park to the Municipal Pier
by Bill Carpenter (wcarpent [at] ccsf.edu) Sunday Dec 17th, 2006 8:48 AM
Copy the code below to embed this movie into a web page:
Download Video (15.7MB) | Embed Video
Add Your Comments
LATEST COMMENTS ABOUT THIS ARTICLE
Listed below are the latest comments about this post.
These comments are submitted anonymously by website visitors.