Add an Event
Newswire
Calendar
Features
Home
Donate
From the Open-Publishing Calendar
From the Open-Publishing Newswire
Indybay Feature
Publish to Newswire
Add an Event
Related Categories: U.S. | Anti-War
Lt. Watada pre-trial hearing succeeds in putting Iraq war on trial
by Jeff Paterson, Not in Our Name (jeff [at] paterson.net)
Sunday Aug 20th, 2006 1:45 PM
TACOMA, WA (August 17, 2006) – Following the military pre-trial hearing of Lt. Ehren Watada’s refusal to deploy in support of the illegal Iraq war and occupation, supporters gathered at a Tacoma community center for a briefing on the days events. Lt. Watada, his lawyer Eric Seitz, and defense witnesses Denis Halliday, Col. Ann Wright (ret.), and Prof. Francis Boyle gave an overview of the day's events that featured a military courtroom debate on the legality of the Iraq War. 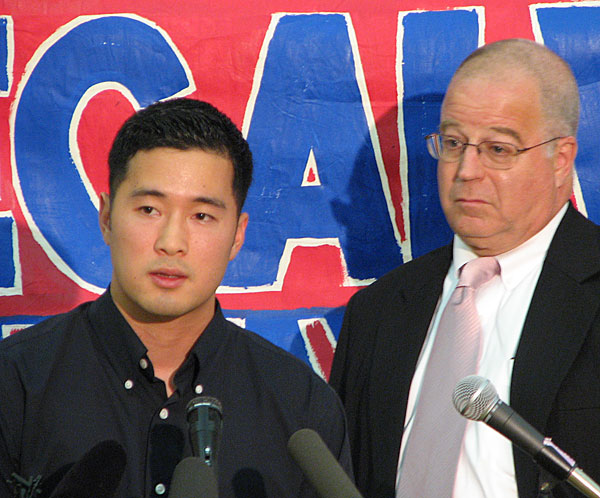 TACOMA, WA (August 17, 2006) – Following the day-long Article 32 military pre-trial hearing of Lt. Ehren Watada’s refusal to deploy in support of the illegal Iraq war and occupation, supporters gathered at a Tacoma community center for a briefing on the days events.

Following a standing ovation from supporters, Lt. Watada explained his willingness to go to jail for the truth if needed. Lt. Watada’s civilian attorney, Eric Seitz of Honolulu explained that the defense does not seek to put the war on trial - it’s the military’s prosecution of Lt. Watada that requires them to do so. “We appreciated the opportunity to lay the groundwork to prove that the war in Iraq is illegal and that Lt. Watada, coming to this conclusion after much research, was duty bound to refuse to participate,” said Mr. Seitz. “This case is really about the duty of individual soldiers to look at the facts and fulfill their obligation to national and international law,” he said.

All three defense witnesses gave an overview of their earlier testimony to Army Lieutenant Colonel Keith, the military hearing officer in the cramped Fort Lewis courtroom. Despite frequent objections from the prosecution, LTC Keith allowed the defense to present evidence about the illegality of the war in Iraq. Approximately three hours of the four-hour hearing were devoted to testimony by former United Nations Undersecretary Denis Halliday, Army Colonel Ann Wright (ret.), who resigned in March 2003 to protest the invasion of Iraq, and University of Illinois Professor Francis Boyle, an international law expert.
The defense submitted documents into evidence including an amicus brief filled by the American Civil Liberties Union, the Charter of the United Nations, The War Crimes Act, a German high court ruling in favor of a soldier who refused to participate in the Iraq war, and letters of support from organizations and prominent individuals, including Representative Neil Abercrombie of Hawaii.

Most likely, a military court martial to convict Lt. Watada of three counts of conduct unbecoming an officer and a gentleman, two counts (for the same statements) of contempt towards officials, specifically President G. W. Bush, and one count of missing movement will be convened in November. If found guilty of all charges, Lt. Watada faces over seven years in confinement. He faces over five years imprisonment for simply expressing his opinion that President Bush misled the American people into an illegal war.

The Friends and Family of Lt. Watada are moving forward with plans for a mass regional mobilization during the upcoming court martial, and many other actions and projects to help Lt. Watada put the war on trial.
http://www.thankyoult.org
§Denis Halliday, former UN Asst. Secretary General
by Jeff Paterson, Not in Our Name Sunday Aug 20th, 2006 1:45 PM 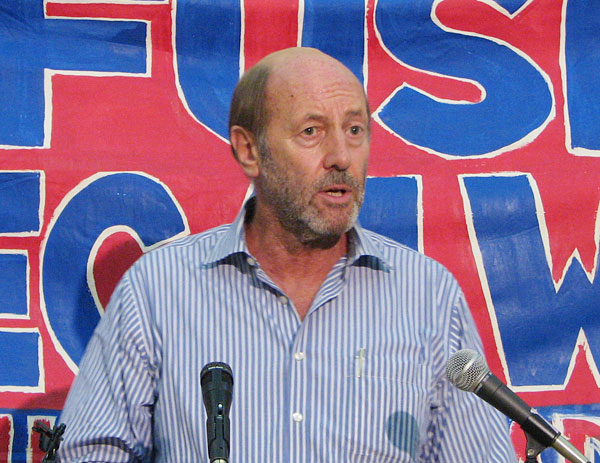 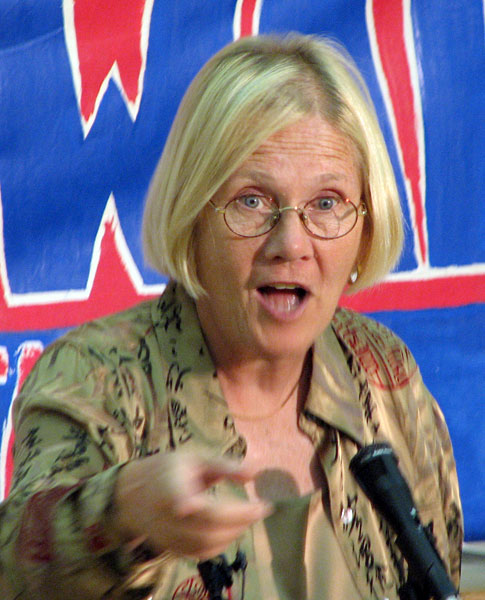 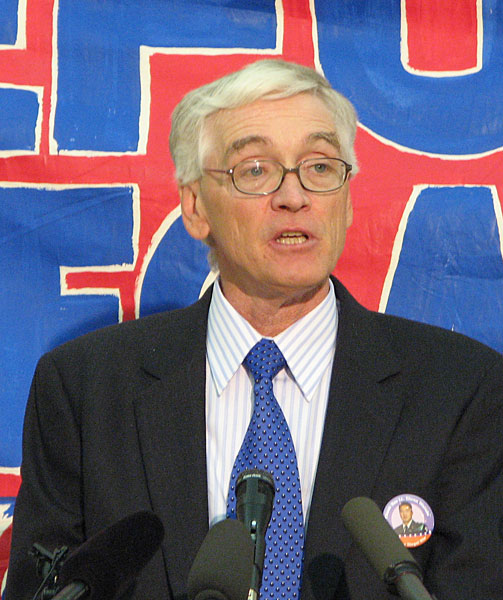 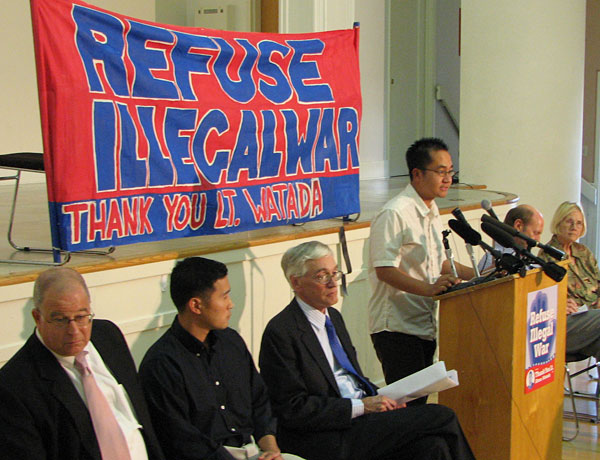 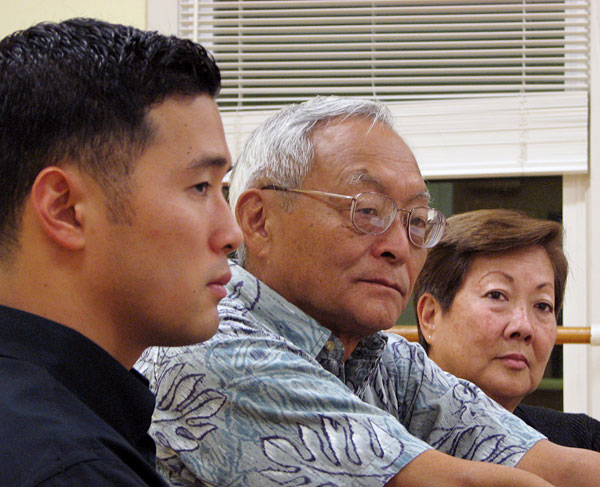 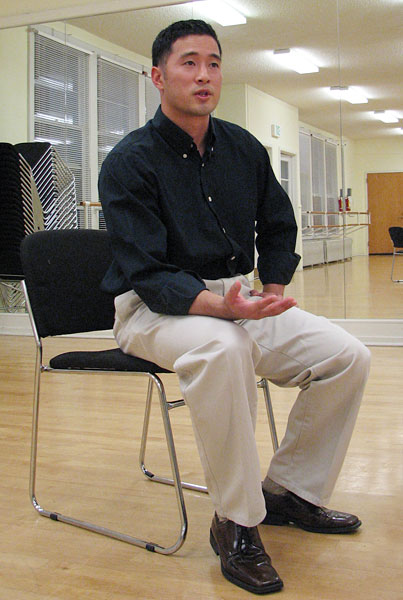 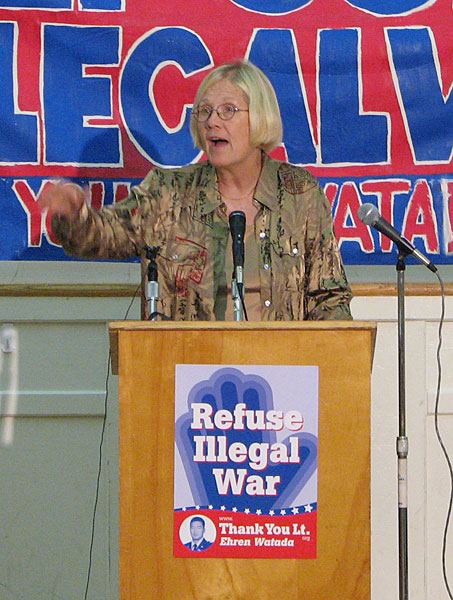 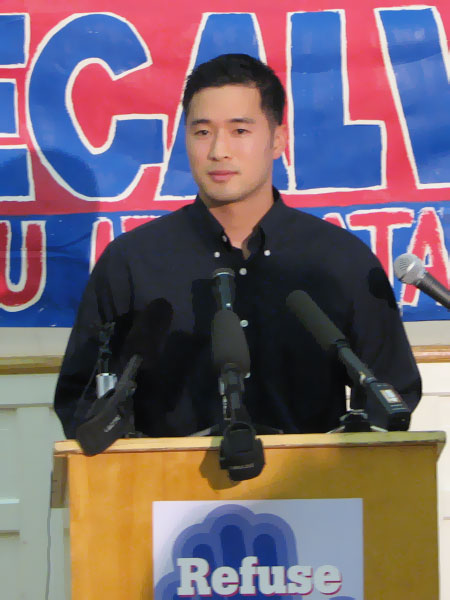 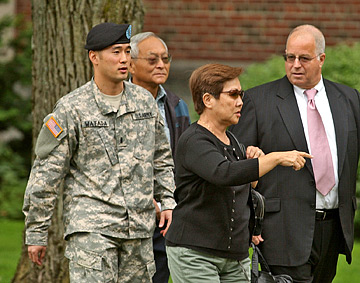