Add an Event
Newswire
Calendar
Features
Home
Donate
From the Open-Publishing Calendar
From the Open-Publishing Newswire
Indybay Feature
Publish to Newswire
Add an Event
Related Categories: East Bay | Anti-War
Pictures From The Vigil for Global Justice
by Z
Sunday Jan 16th, 2005 4:33 PM
On Jan. 16th a "Rally Against Global Terrorism" took place in Berkeley to protest Congresswoman Barbara Lee's vote against the apartheid wall. In response, a Vigil for Global Justice was organized to protest in support of Palestinian Freedom. Several hundred people showed up on both sides. 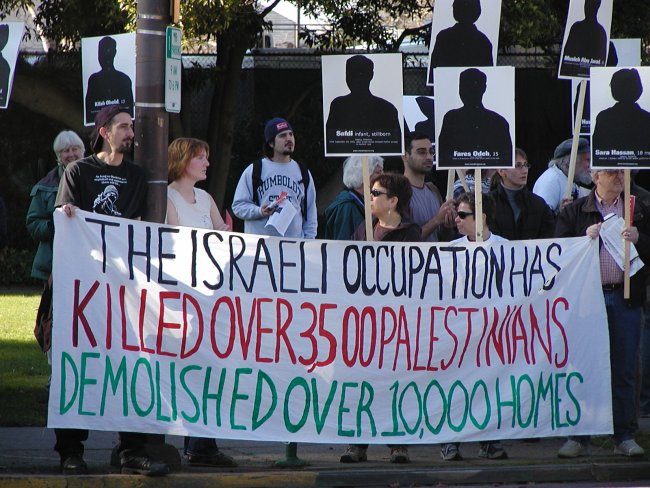 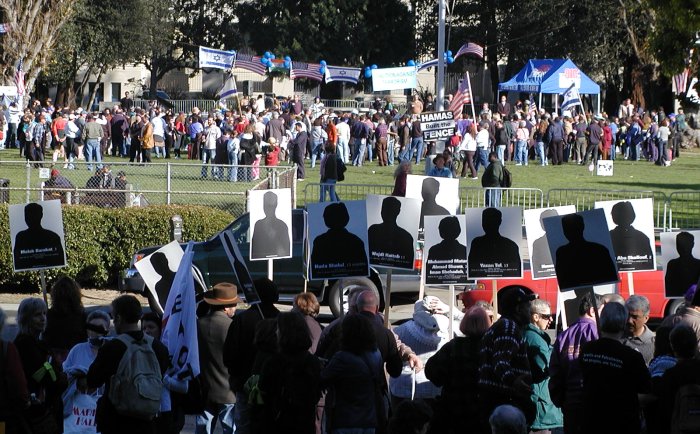 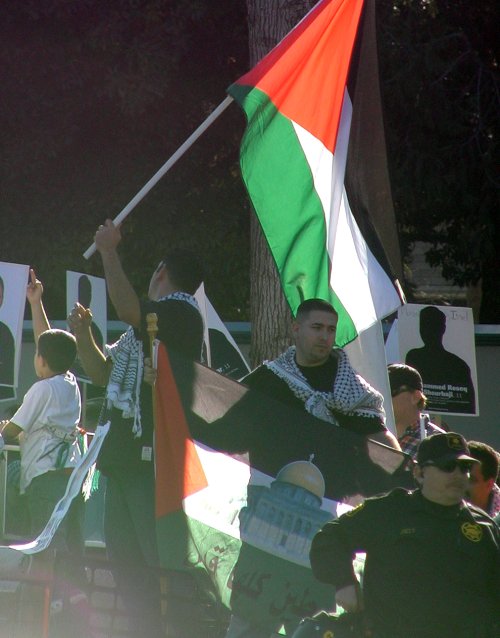 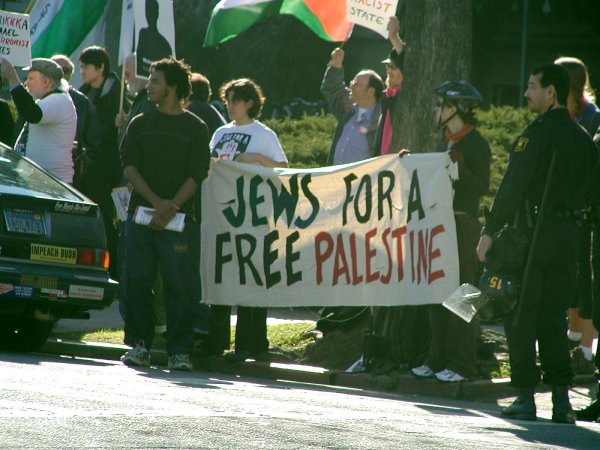 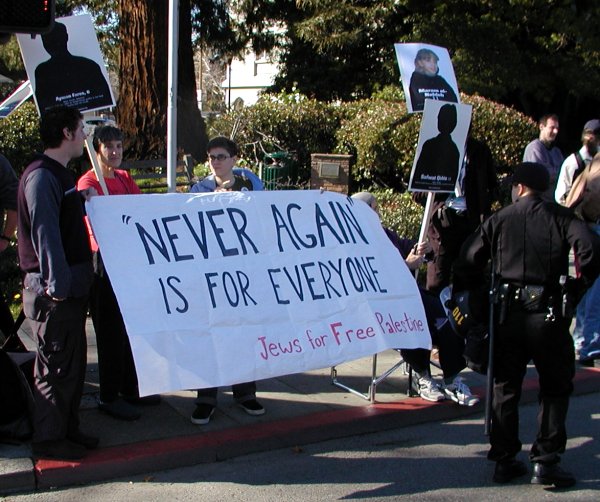 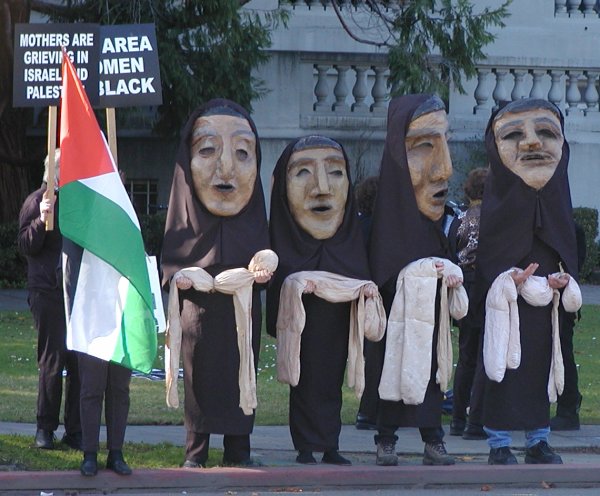 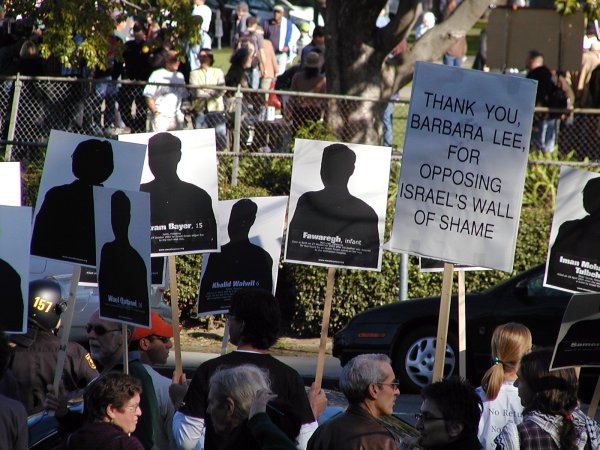 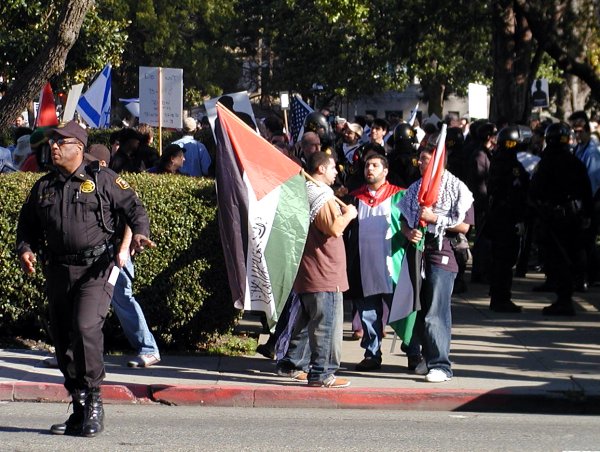 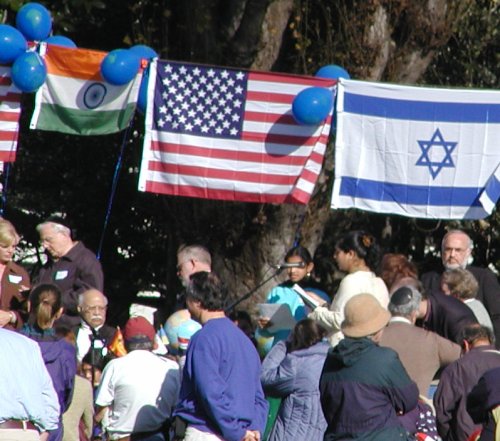 There was a sizable number of Indians who took part in the proIsrael rally (and the flag at the top left of this picture is an Indian flag).

AntiMuslim sentiments whipped up by Hindu fundamentalists have lead to mass killings as in the case of a massacre in Gujarat in 2002 (where BJP government officials were reported to have participated in attacking Muslim houses and burning people alive)
see:
http://cac.ektaonline.org/updates/index.htm
http://www.hrw.org/press/2003/06/india070103.htm
http://www.alliancesouthasia.org/index.cfm?sectionID=24

Not all of the antiMuslim feelings in India are a result of the Hindu Right. India's long running conflict with Pakistan also plays a role. Aside form normal nationalistic hatred between any two countries that are fighting, India has attempted to present the seperatist strugle in Kashmir (which is believed to be backed by Pakistan) as part of Bush's War on Terrorism.
§Bush Cheney Sign
by Z Sunday Jan 16th, 2005 4:33 PM 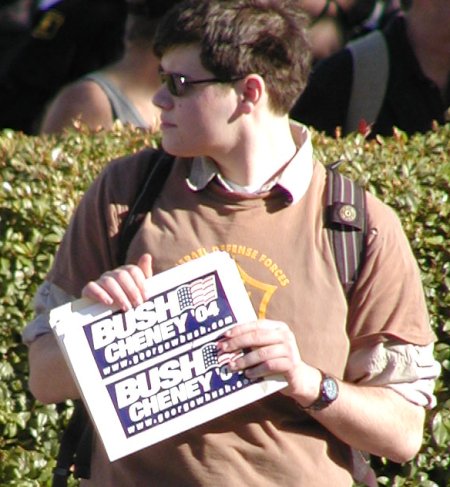 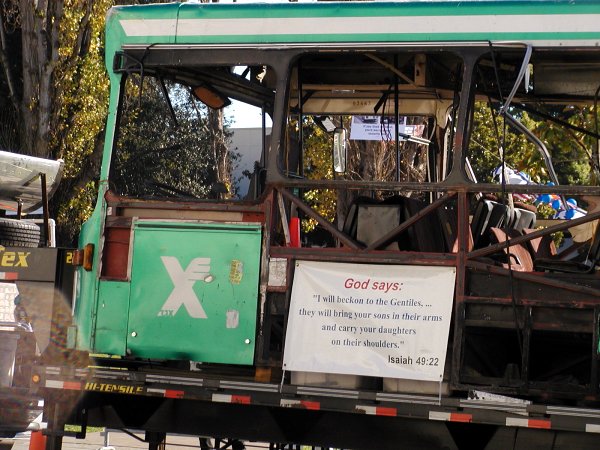 The strange religious messages on the sides of the bus make a little more sense when you realize that the use of the bus as a prop in War On Terrorism rallies is sponsored by Christians for Israel ( http://www.christiansforisrael.org/ ). The Christian RIght has been trying to court the Israeli right for religious reasons for several years (see http://csmonitor.com/2004/0707/p15s01-lire.html ). Their support for Israel is closely related to their view on the rapture and the role Israel will play in the end times.
"For Christian Zionists, the modern state of Israel is the fulfillment of God's covenant with Abraham and the center of His action from now to the Second Coming of Christ and final battle of Armageddon, when the Antichrist will be defeated. But before this can occur, they say, biblical prophecy foretells the return of Jews from other countries; Israel's possession of all the land between the Euphrates and Nile rivers; and the rebuilding of the Jewish temple where a Muslim site, Dome of the Rock, now stands."
§KNEW
by Z Sunday Jan 16th, 2005 4:33 PM 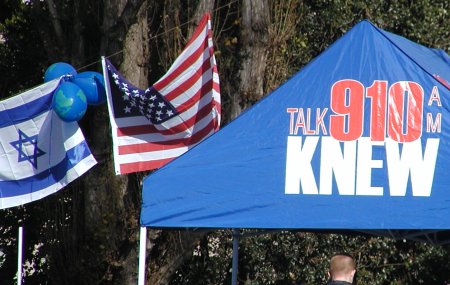 KNEW was a major sponsor of the event. KNEW is the station that airs Michael Savage (a racist homophobic and somewhat antiSemitic shock jock) as well as Bill O'Reilly and other extreme right-wingers.
http://www.910knew.com/main.html 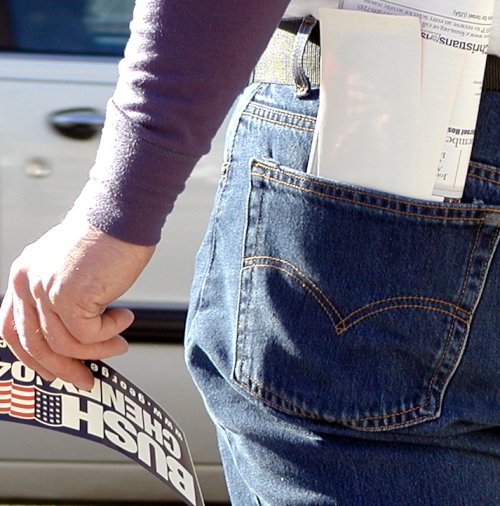 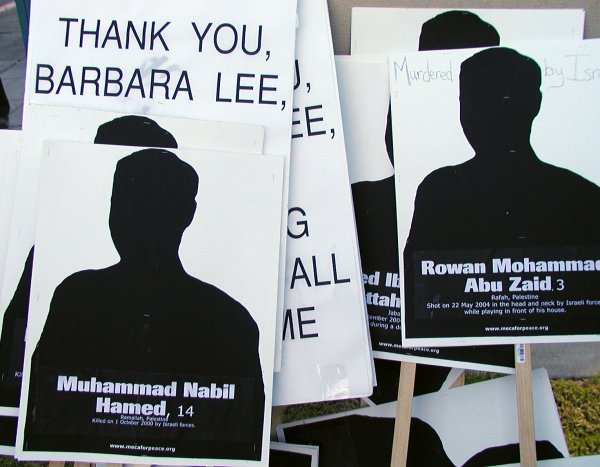