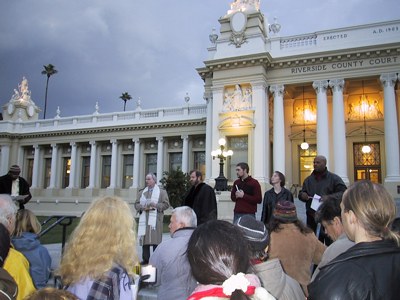 California People of Faith Working Against the Death Penalty and Death Penalty Focus held a rally on Tuesday night to protest the upcoming execution of Kevin Cooper -- a man convicted of murdering nearly an entire family from the Inland Empire in 1983. Although there are a number of legitimate doubts about Kevin's guilt, Governor Arnold Schwarzenegger has denied a clemency hearing. Barring some sort of legal miracle, Kevin will be put to death next Tuesday. The Riverside event was one of several taking place across California.

The rally, organized by the tireless (okay, not always) Carolyn Boyle, started at the old courthouse building in Riverside. 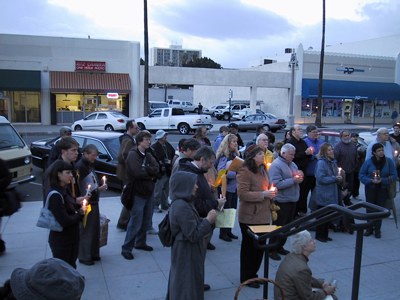 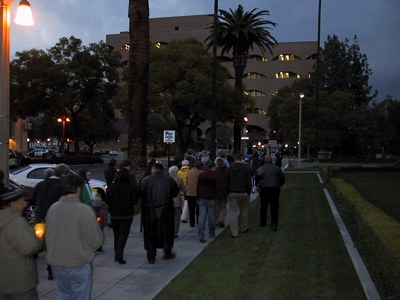 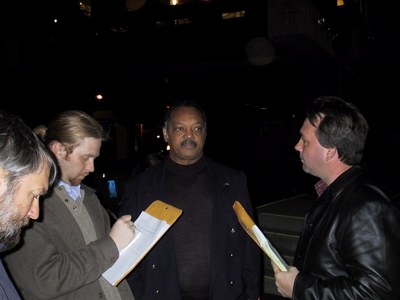 http://la.indymedia.org/news/2004/02/102406.php
Add Your Comments
Support Independent Media
We are 100% volunteer and depend on your participation to sustain our efforts!