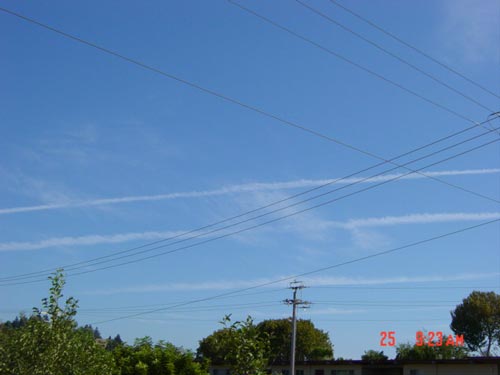 And the problem is serious, climate scientists say. If current trends continue, the Earth's average surface temperature will be 2.7 to 11 degrees Fahrenheit higher in 100 years, they project.

One solution envisions blasting tiny particles into the atmosphere from the guns of battleships. The particles would deflect enough sunlight to trigger global cooling. Another falls under the category of "geo-engineering": launching 50,000 mirrors into orbit to reflect sunlight back into space.

"The sooner, the better," says Dr. Edward Teller, a promoter of the plan. Teller, who helped harness the destructive power of the atom 60 years ago, now believes man can dim the power of the sun.

"The simplest is to put into the high atmosphere small particles that scatter away one or two percent of the sunlight,"he says.

"My first thoughts about this was that it simply wouldn't work," he says.

Then he ran the computer models, Caldeira says.

"Much to our surprise, our model results indicated that geo-engineering schemes would move our climate back to what it was before," he says.

Back to cooler temperatures, that is. And Caldeira says the best way to go about it is by "putting a huge satellite out in space between earth and sun."

That could mean putting the device where the SOHO satellite is now observing the sun's solar storms. The huge solar shield would act as an orbiting sunshade to cool the earth.

"The satellite in space would leave a little pockmark on the surface of the sun, roughly two percent of the sun's surface area," Caldeira says.

And the Caldeira scheme wouldn't have the downside of blasting particles into space, a technique that would turn blue skies absolutely white. Or that of the 50,000 orbiting mirrors, which would create a flickering sun here on earth.

But some global warming experts, like Stanford University's Steve Schneider, have their doubts about geo-engineering.

"We don't know what the precise effects would be, whether the cure would be better or worse than the disease," Schneider says.
Eliminating harmful greenhouse gases will take 200 years–far longer than global cooperation can be expected to last, Schneider says.

"Two hundred years of continuous planetary management on a global scale–that's asking a lot of political institutions that have never been able to get along for more than a few decades at a time," he says. 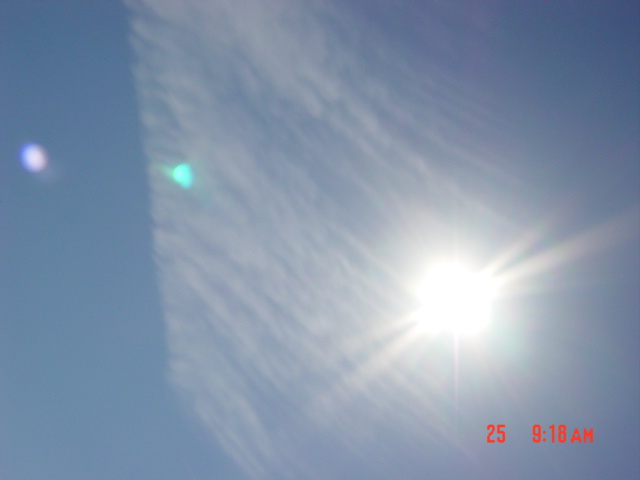 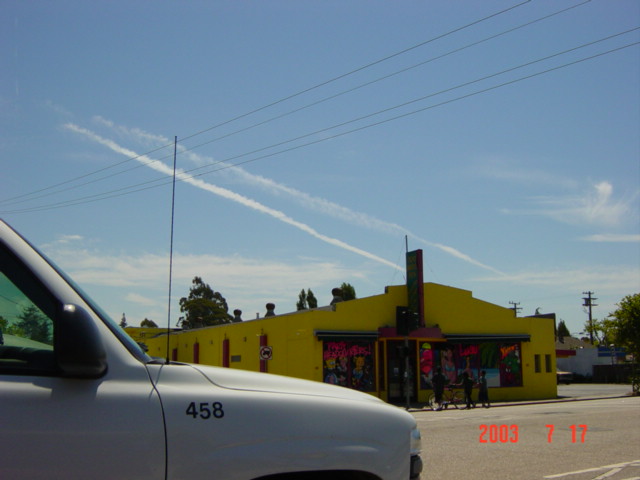 http://www.chemtrial911.com
Add Your Comments
§yes...
by this thing here
Monday Sep 22nd, 2003 3:11 PM
... and if these chemtrails and mirrors are done sloppily, and the cooling gets out of hand, say hello to a new ice age. if you've ever seen a temperature chart spanning 100,000 years, you'll notice something: there is not a sustained flat period to be found. which is to say, the balance between "ice age" or "melting ice caps" is incredibly sensitive. push too much one way, and you get an even more massive blow back the other way.

as for mankind, the ten thousands years we have exisited have been ice age free. therefore, we tend to believe it will be so for another ten thousand years. bzzzt. wrong.

and all of mankind's entire existence fits on the head of one of those peaks...

furthermore, if you look at such long range historical temperature charts, before every ice age, the earth's temperature rises sharply for a brief period, followed by the precipitious, over-compensatory temperature drop into an ice age.

of course those who think they are clever will say that this means man is free from blame, that temperatures fluctuate naturally, and therefore man can go on pumping away with his CO2.

i don't think man can escape so easily. because what causes the temps to rise in the first place, in 2003 or 50,000 years ago? perhaps the activites of life itself? so perhaps rather than the primitive life forms of 50,000 years ago (which pumped too much CO2, which caused the temps to rise, which triggered the following ice age), in 2003 maybe it's the turn of man himself, as man is an active life form? so perhaps man himself, due to his activites, is what has caused the temps to rise, rather than some natural fluctuation. (some will attack this by saying man isn't the only life form on earth. yes. duh. but man is smart enough to calculate where he begins and the rest of the flora and fauna end. in other words, man's contribution can be subtracted/added from totals, and a more accurate impact described. at least i hope that's what the big whig scientists are doing ; . )...)

some will even say this is great, because to prevent and survive an ice age, why don't we just keep pumping CO2 into the atmosphere? but that's bullshit as well. do that enough, and sloppily enough, and you WILL melt the ice caps, and you will see the earth covered 90% under water. of course, this leads to the same problem all over again. the more exposed the ice caps, and the warmer their temps, the more water vapor rises, and over time the more snow. the more snow reflecting sunlight (heat), the colder the temps begin to get, the colder the temps, the more the glaciers advance, and eventually we're back to an ice age. so how the hell is pumping even more CO2 going to solve the problem of too much CO2?

it's a balance. a very sensitive balance. there's really no other way of describing it.

if i were an atmospheric scientist, which i'm not, i would be studying what caused the tell tale temperature rise just before the earths's last ice age, or for that matter, ANY temperature rise in the earth's record (such as the monstrous ones that bring the earth OUT of an ice age), because we already know what happens after the temps peak...
Add a Comment
§Since Teller Is Dead...
by anti-spam
Monday Sep 22nd, 2003 3:35 PM
The only thing he is probably asking for right now is for the Devil to turn down the heat a little.
Add a Comment
§Not to mention
by Mulberry Sellers
Monday Sep 22nd, 2003 4:45 PM
The article suggests putting a gaint orbiting sunscreen where SOHO currently is.

I just love it when a woo-woo article contains such an obvious, screaming, "I don't know what I'm talking about" error. KInd of saves the effort of hunting out all the detailed mistakes.
Add a Comment
§get to the point
by malcom x
Monday Sep 22nd, 2003 5:27 PM
i think you are missing the point
they are spraying us with chemicals
and they love it!
chemicals companies love it
drug companies love it
insurance companies love it
the air force loves it

but do you love it?
Add a Comment
§we need scientists like teller...
by brian
Wednesday Sep 24th, 2003 12:52 AM
....like a hole in the ozone layer
Add a Comment
Support Independent Media
We are 100% volunteer and depend on your participation to sustain our efforts!