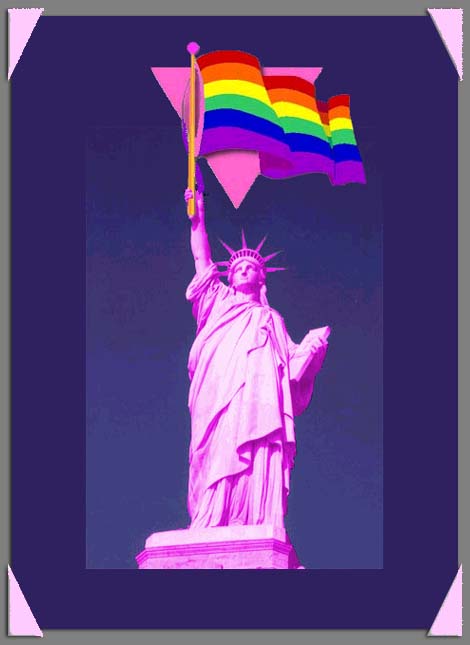 
The U.S. Supreme Court on Thursday delivered the most powerful gay rights opinion in history, overturning a Texas law that led to the arrest of two men for having consensual sex at home.

Written by Justice Anthony Kennedy, the 6-3 decision in Lawrence v. Texas strikes down sodomy laws throughout the country and overturns the infamous 1986 opinion in Bowers v. Hardwick. In Bowers, a 5-4 majority upheld Georgia's sodomy law on the basis of traditional morality.

"Bowers was not correct when it was decided," wrote Kennedy, "and it is not correct today. It ought not to remain binding precedent. Bowers v. Hardwick should be, and is now, overruled."

Prior to the release of the Lawrence decision, GLBT community analysts were torn between two hopes. Some wished the court would rule against the Texas sodomy statute on privacy grounds, establishing a right to noncommercial private consensual sex for all couples, including gays and lesbians. Others would have preferred the court rule on the grounds of equal protection, stating clearly that no state may pass a law that discriminates on the basis of sexual orientation based on moral sentiments alone (as does the Texas "Homosexual Conduct Law" at the center of this case).

In his strongly worded opinion, Kennedy took both sides into account. The decision is based on the privacy rights embedded in the 14th Amendment's order that no state "shall deprive any person of life, liberty or property without due process of law." But Kennedy makes clear that the determination to rule on privacy rather than equal protection was an effort to make the opinion wider rather than narrower.

"Were we to hold the (Texas) statute invalid under the Equal Protection Clause," he explained, "some might question whether a prohibition would be valid if drawn differently, say, to prohibit the conduct both between same-sex and different-sex participants."

Further, the opinion accomplishes both objectives by articulating in no uncertain terms the basic equality and humanity owed to gay men and lesbians under the Constitution.

"The petitioners," wrote Kennedy, "are entitled to respect for their private lives. The state cannot demean their existence or control their destiny by making their private sexual conduct a crime." The drafters of the Constitution, he concluded, "knew times can blind us to certain truths and later generations can see that laws once thought necessary and proper in fact serve only to oppress. As the Constitution endures, persons in every generation can invoke its principles in their own search for greater freedom."

The potential influence of the ruling is outlined in Justice Antonin Scalia's sarcastic dissent, which was joined by Justice Thomas and Chief Justice Rehnquist. Scalia, who read his lengthy comment from the bench, said the main opinion "dismantles the structure of constitutional law that has permitted a distinction to be made between heterosexual and homosexual unions."

"If moral disapprobation of homosexual conduct is 'no legitimate state interest,'" he continued, "and if, as the court coos ... '(intimate conduct) can be but one element in a personal bond that is more enduring,' what justification could there possibly be for denying the benefits of marriage to homosexual couples?"

Interestingly, Scalia cavalierly dismissed the single argument that conservatives have raised in defense of discriminatory marriage laws, continuing: "Surely not the encouragement of procreation, since the sterile and the elderly are allowed to marry."

Justice Sandra Day O'Connor took her own route, concurring with the five justices in the majority, but writing a separate opinion based on equal protection analysis. O'Connor, who voted in the Bowers majority, declined to join the majority in overruling the 1986 privacy rights opinion. Instead, O'Connor repeated the essential theme of 1996's Romer v. Evans (which struck a Colorado constitutional amendment prohibiting gay rights laws), ruling that the Texas law singles out a class of people for disparate treatment based on animosity alone, and thus fails the most minimal tests used to judge the constitutionality of a law under the Equal Protection Clause.

"If I were a member of the Texas Legislature," he wrote, "I would vote to repeal it."

The Lawrence v. Texas case stemmed from the 1998 arrest of two Houston men who were having sex in their own bedroom when the police entered their home on a false emergency call. The two men, John Lawrence and Tyron Garner, were arrested and jailed for a night.