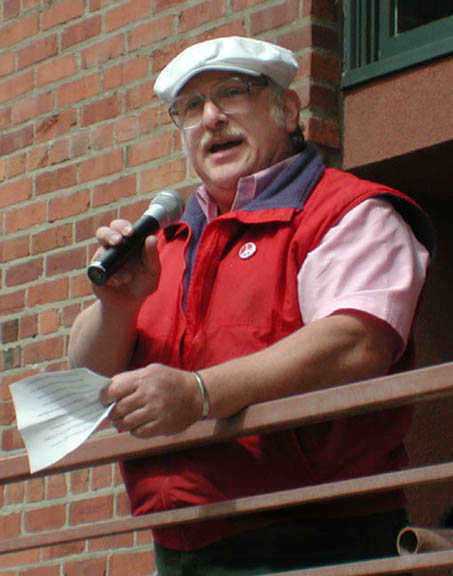 When is a seaport not a seaport? When there’s no port there. I was more than a little concerned when I read of Mayor Brown’s appointments of Wilfred T. Hsu, Michela Alioto, and Sue Bierman to the San Francisco Port Commission last week. Although they’re all honorable people with excellent backgrounds, not one of them has any background in maritime issues. How can a commission make decisions about the maritime industry with no representative with direct knowledge of that industry? Will our world famous port turn into one long apartment complex and shopping mall? Will we have to go to Half Moon Bay to get our San Francisco Dungeness crabs?

The Waterfront Land Use Plan, adopted in 1997, mandated the Commission to both maintain a working waterfront and revitalize the port. According to the Port Commission’s website (http://www.ci.sf.ca.us/sfport/staff/porcom.html), “Port lands should continue to be reserved to meet the current and future needs of cargo shipping, fishing, passenger cruises, ship repair, ferries and excursion boats, recreational boating and other water dependent activities.” At the same time, “New investment should stimulate the revitalization of the waterfront, providing new jobs, revenues, public amenities and other benefits to the Port, the City and the State.” But replacing former President of the ILWU, Commissioner Brian McWilliams without appointing another representative of the maritime industry, puts that commission at risk of making expensive irreversible mistakes that we, the taxpayers, will pay for while we watch still another vital industry die in San Francisco.

The maritime entities in the port create a huge amount of wealth and resource in the Bay Area community. However, the port as an enterprise entity is judged by its bottom line, revenues. Most of the wealth generated by the maritime industries doesn’t show up on the Port’s financial statements, it shows up in the community. As an example, the port might decide to rent a particular space to a t-shirt shop instead of a tug boat company because it can get more rent in the short term, which looks better on the financial statement. But the tug boat company supports the shipping industry which generates at least ten jobs in San Francisco per each dockworker at work. Since the Port has no ability to generate income other than on what it can rent, the more rent it can generate the better the paperwork looks. Lacking a full time PR firm, it has no ability to take credit for the wealth it creates in the community.

The Port was turned over to the city by the state in 1968, with a huge backlog of deferred maintenance. However, it has no ability to tax or in any other way generate income other than what it can eke out of rents on port property. This is when the financial statement becomes crucial, and the viability of the port becomes dependent on keeping the books balanced. A dangerous, unbalanced situation is created when people compare property developments and the maritime industry, and come to the conclusion that the port can do without its maritime tenants, seeking to overturn its own mandate.

Since its inception, the Port Commission has included at least one member of the ILWU. It is essential to have someone with knowledge of the nuts and bolts of the maritime industry present at executive and public sessions to assess the viability of proposals and represent its needs and perspective. The Port has suffered during the current economic crisis, and the survival of Pier 80 is precarious, at best. It has failed to make money for two years running and is seen as a liability. Developers want to replace it with still more restaurants and the bio-tech industry instead. However, all projections are that shipping throughput will increase substantially in the next twenty years, and if there is no opportunity to bring cargo here it will go somewhere else, even to Canada or Mexico, and so will all those jobs. If we don’t have those facilities we’re going to make a conscious decision not to bring those jobs here.