Add an Event
Newswire
Calendar
Features
Home
Donate
From the Open-Publishing Calendar
From the Open-Publishing Newswire
Indybay Feature
Related Categories: Anti-War
Police Open Fire On Student Protest In Kabul
by repost
Tuesday Nov 12th, 2002 7:13 AM
On Monday evening about 1,000 students gathered to protest in the west of Kabul about their poor living conditions and lack of electricity.
Police said students threw rocks and injured some of them - following which the police opened fire on the crowd. 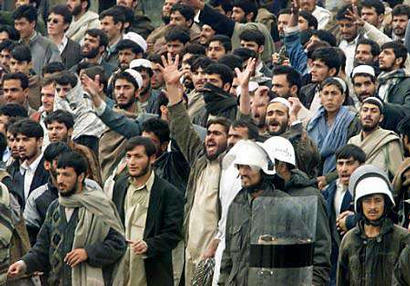 Police and students have clashed for a second day running in the Afghan capital, Kabul.
At least two students died and several others were injured during a protest on Monday evening.

On Tuesday, police fired in the air and used water cannons to beat back hundreds of students at Kabul University.

The protesters, who want better living conditions, say four students were killed by police in Monday's protest, and more than 10 injured.

They are demanding that the police responsible for the death of their colleagues should be brought to justice.

"All we're trying to do is contain them to the university right now, we can't stop it," intelligence chief Abdul Karim told The Associated Press.

Observers say this is the first time there has been violence at a demonstration since the fall of the Taleban a year ago.

The protest comes just a day before the Afghan Government was due to mark the anniversary of the capture of Kabul from the Taleban.

On Monday evening about 1,000 students gathered to protest in the west of Kabul about their poor living conditions and lack of electricity.

"We have no water. We have no bread. Everything is expensive," Nangalai, a medical student, said.

Police said students threw rocks and injured some of them - following which the police opened fire on the crowd.

"Their big mistake was to stage their protest at night," said Interior Minister Taj Mohammed Wardak.

"This has never happened before in the history of Kabul. They threw rocks at everything, every car in the area," he said.

Afghanistan President Hamid Karzai has said the police acted on their own initiative and that he was deeply upset about the incident.

He said there would be an investigation into the cause of the violence and who was responsible. 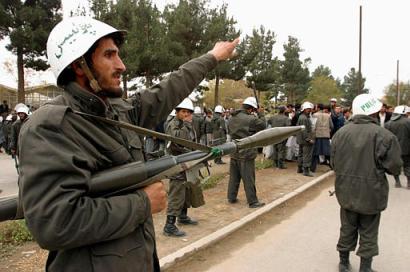 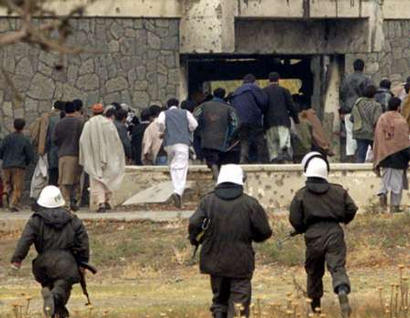 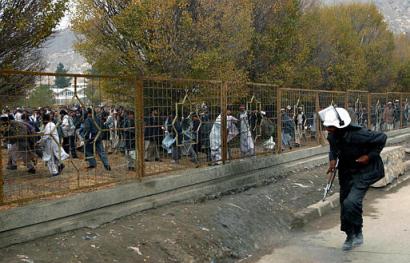 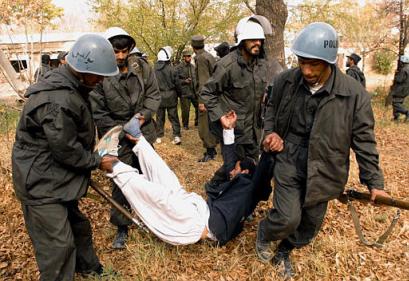 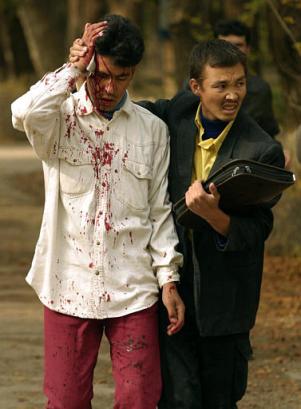 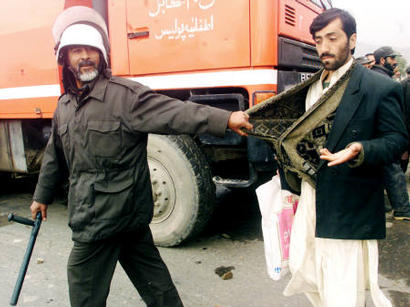