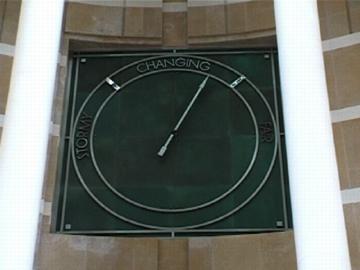 The Judi Bari v. FBI trial is scheduled for the next 6 weeks, Monday through Thursday (8:30 a.m. to 1:30 p.m.). There are only about 75 seats, so arrive early! Cameras and other recording devices are not permitted in the courtroom.
Add Your Comments 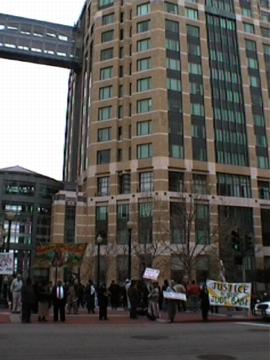 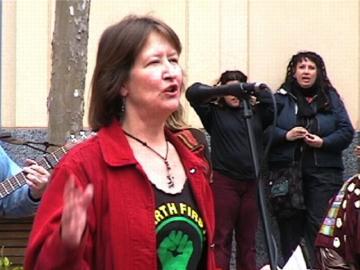 Karen Pickett is a longtime Earth First!er and close friend of Judi Bari. She is one of the many supposed "terrorists" -- who might have been familiar with supposed "bomb-making" and transporting activities (or in reality, with Bari and Cherney's enemies) -- never interviewed or investigated by the FBI following the bombing.
Add a Comment
§fbi
by mark
Monday Apr 8th, 2002 8:45 PM 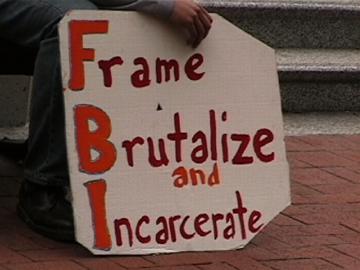 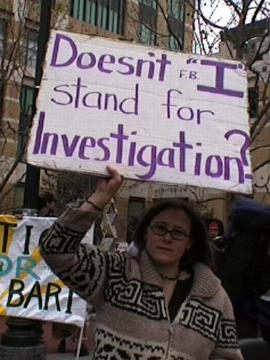 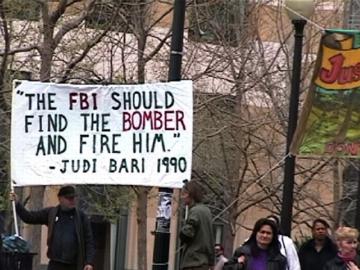 The FBI held a bombing class at a Pacific Lumberyard shortly before the bombing, and arrived on the scene in Oakland within moments of the bombing to declare Bari and Cherney terrorists and make off with the "evidence." The FBI went on to spend thousands of dollars and generate thousands of pages of documents over several months to prove their absurd allegations.

...Meanwhile basic records in the case, such as the original report of the crime scene, have never been released -- if they even exist...
Add a Comment
§fiddle
by mark
Monday Apr 8th, 2002 8:55 PM 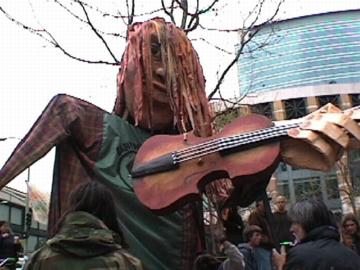 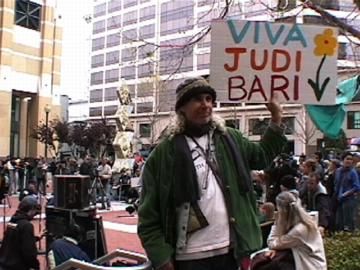