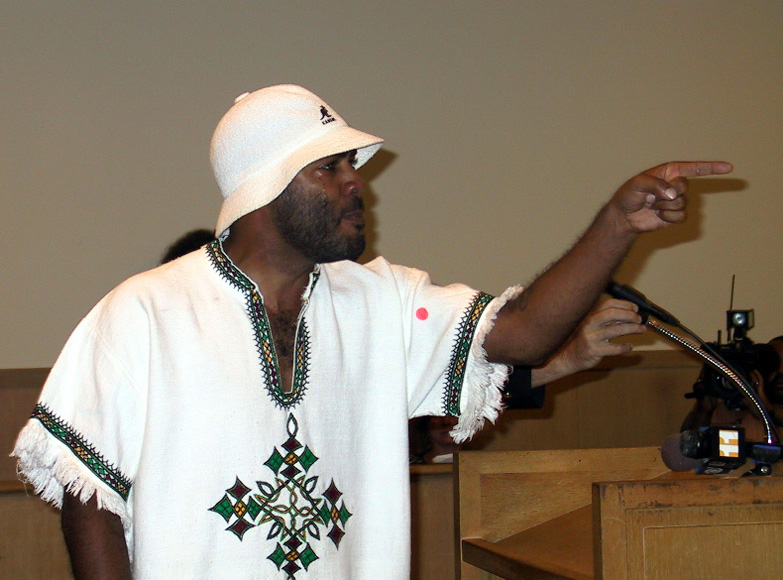 Photo: Point Made -
Brutha Los of the Company of Prophets made his point heard and felt in an extremely powerful indictment of the SFPD and the Police Commission. He started by counting off the number of times that Idriss Stelley was shot by the SFPD, hitting the podium with his fist for emphasis. Many others joined in counting-off the shots. It took a long time to get to 27 - a very sobering moment.