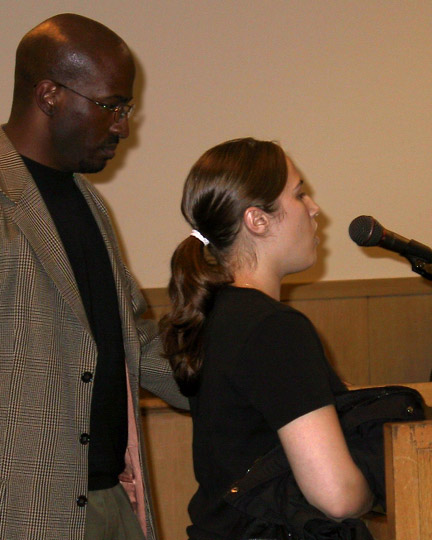 Photo: Summer Fights For Justice -
Summer Galbreath, Idriss Stelley's Partner, speaks to the police commissioners. She wants justice for Idriss and is outraged at the commission's inaction. (Van Jones stands behind her).