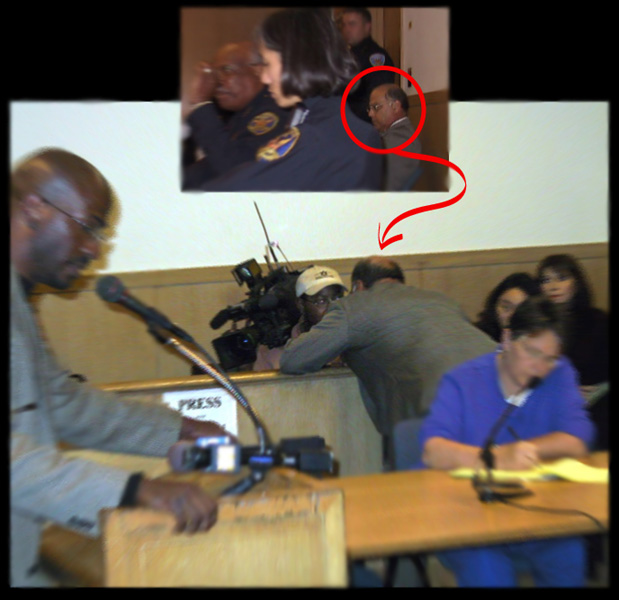 A cozy relationship between SFPD and the corporate media? Before the Police Commission meeting began SFPD officers laughed and joked with their old pals in the "PRESS" Pen. Mystery man, however, took it upon himself to waltz all the way across the room to talk with his corporate media pal AT THE SAME TIME AS Van Jones was addressing the Commissioners.
Did the crumbling cover-up of a police killing require immediate media spin doctoring?

Idriss was killed almost two months ago.
The SFPD continues to delay the release of names - of the officers involved and of witnesses to the killing.
Add Your Comments
§great picture
by reader
Thursday Aug 9th, 2001 5:10 PM
this is the kind of thing indymedia is good for
these subtle obvious things that you only see if you are there is what is missing from normal reporting
this is why they dont let people into the meeting room