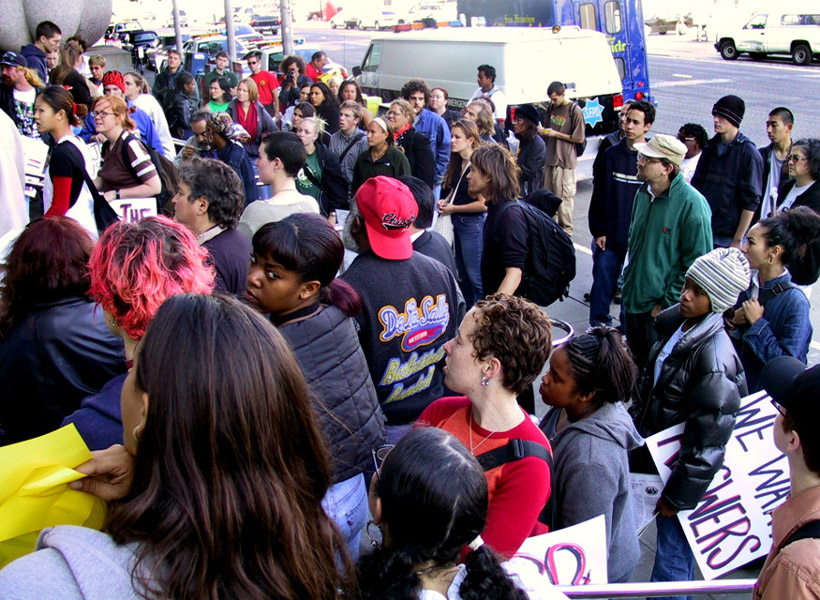 Photo: United Against Police Brutality - a small part of the crowd that gathered outside the “Hall of Justice” prior to the Police Commission hearing